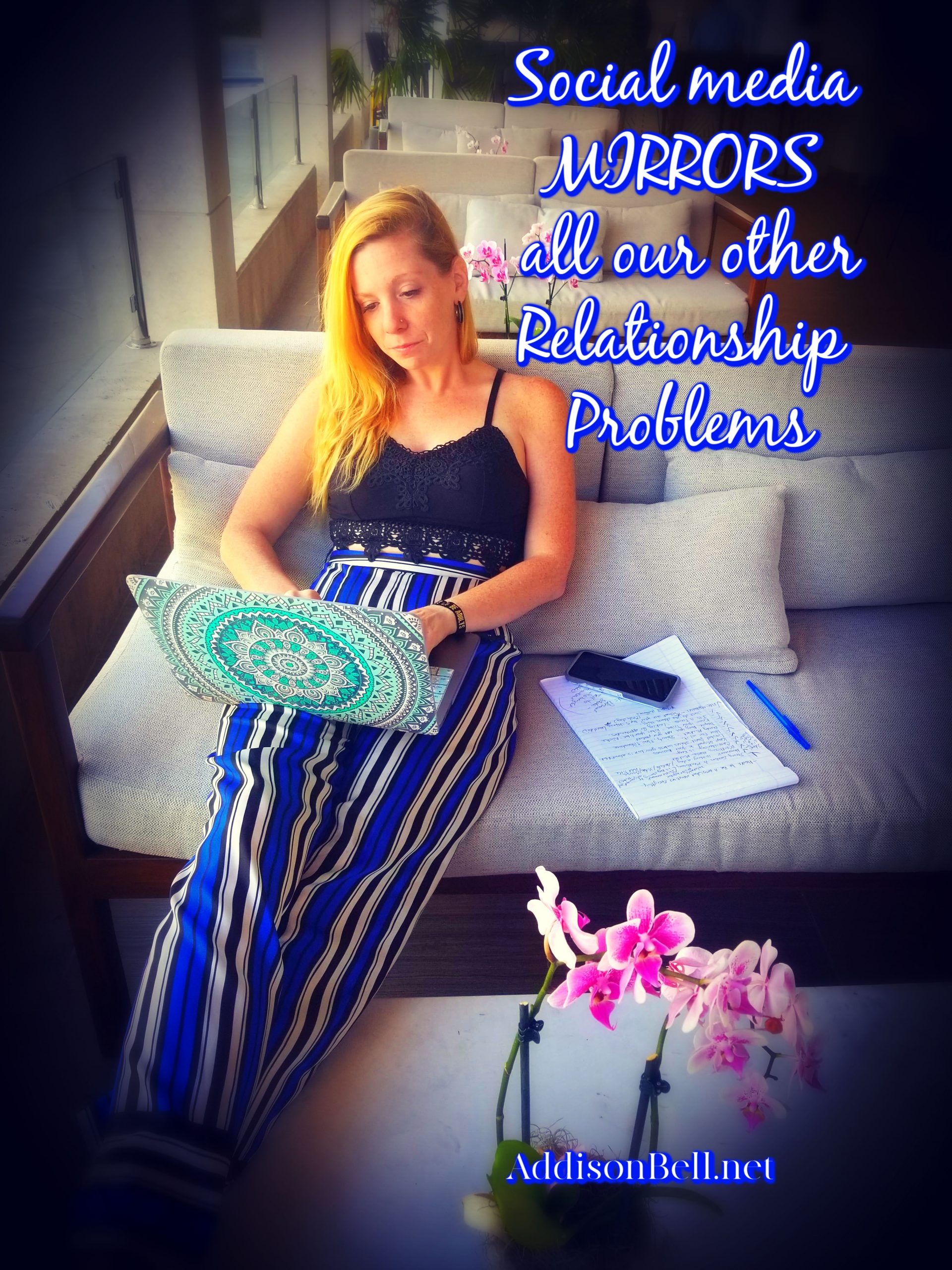 As a Sex & relationship Coach, it is always interesting interacting with others on my social media accounts because of the ways it shines a light on many of the very reasons we struggle in today’s society with relationships.

You would think that this would only be true of those that grew up since the stir of social media but this is not the case! The dysfunctional relational dynamics across generations becomes very apparent on platforms such as Facebook.

The desire to connect and the inability to do so in a connective but not overbearing fashion shines right through these platforms. It shows me as a coach and healer how deeply we are craving connection but how we often are going about it in all the wrong ways. We are starving to be seen, known, and felt in a world where we have become surface level.

Often as I open my social media each day, I am bombarded with the very dynamics that I am working to guide my clients to heal and let go of in their marriages and dating relationships. Though we don’t look at Facebook and think, “Wow, how I interact on here is how I interact with the world” but it is truly a mirror.

Here are some of the things I see in my Facebook (which we will be highlighting) and other social media experiences that might shine some light on where you could be going wrong in your actual relationships. Get honest with self and see if maybe you are stepping into one of these pitfalls:

Let’s get clear, here and now, just because you do something or feel a way about another person does not mean they are owe you the same action, energy, or emotion. If someone asks you to like their page and you choose to do so… that is entirely on you. This does not mean you are owed them liking yours in return.

The same is true that just because you see someone that you are interested in on Facebook does not require them to show the same interest in you.

We have on socials and in the real world an expectation of others in our lives that often appears like a commerce. You do this for me and then I will do that for you. We expect others to have the same feelings and energy towards us that we experience with them. Many might be shaking their heads and thinking that this isn’t them but expectations (even unspoken ones) are some of the biggest barriers to healthy relationships.

If you expect anyone in the real world or on social media to respond a certain way then you are falling into this pitfall.

In this bright and connect world of technology we also have also created an unhealthy relationship demand. The “On Demand” demand. We believe that since most people can be accessible that they always should be accessible.

We don’t respect the need for space and disconnection with ourselves and especially in those we love. Many step straight into ego when others don’t respond to messages within a certain unspoken time frame.

This has also created the belief in our daily relationships that others should always be available to us on demand. Expecting for others to not need time and space away.

In truth it has led to a relationship dynamic and massive ego, that says, “I am more important than anything else in your world”. There is often an expectation that the other person drops everything for us and that we are even owed a response.

Speaking about connecting… social media can highlight our lack of depth in relationships. One of the most common messages that I often see and that my client’s see when someone is trying to connect for the first time is… “Hey!” or they will compliment someone on beauty (“Your hot AF!”)

This is not the way to connect with others in our world. It’s surface level and does not add to that other person’s world or expansion. The truth is we even see a similar vibe in connecting with those that we’ve known for a long time and are wanting to maintain relationships.

How often do you message a friend, family member, or love and ask the same depthless questions and receive the same level of depth response. We often ask people how they are doing or say hello from the space of wanting to connect but not wanting to actual spend the time going deeper.

Or we say hello or message someone else asking them how they are doing but having an underlying motive to get our own support. Instead of reaching out and simply sharing what is going on or that we are struggling we attempt to get support in a passive manner.

Hoe many times have you asked someone how they are doing on social media or in your normal relationships with the expectation that they will ask the same in response and you will get to spill your guts???

This is passive communication and builds resentment up in relationships. We return to setting expectations of others and often it will validate that “no one cares” if you aren’t getting the response you desire. This isn’t authentic relating and communication on social media or anywhere else.

Getting post likes and comments is awesome but is has also become the way that many validate themselves and try to gain attention from others.

Similarly to above… instead of asking for what we need or sharing our voice about something going on, instead many will post a passive aggressive meme or will post a vague statement. It’s not the post that is the problem but the intention behind the post.

It is often a screaming out for attention and needs to be met. Though instead of reaching out to someone or getting vulnerable it has become easier to post about it.

Though often the people that choose to do this also can see this passive aggressive/attention-getting behaviors in their daily relationships. Instead of asking for the help or sharing what is on their minds, they instead will make passive aggressive statements that don’t match the energy. Or will throw out needy statements but never come down to simply asking for time/attention/affection.

We expect and desire those around us to be mind readers.
Both online and offline. Though we get more hurt with every time with choose to act this dynamic out because those we love are not mind readers nor is it their responsibility to take care of our inner world. That is for us to work through.

As the world of social media has entered our world, so has a recognition of changing fluidity in relationship dynamics. Though as relationship dynamics have changed and as we’ve filled dour lives with more and more “busy work”, we have also ushered in a massive hookup culture and emotionally immature detachment.

There is practicing spiritual un-attachment in our lives and then there is not connecting to anyone. Two very different but often confused things in our current world!

And it is easily highlighted in our FB feeds and other social media. We drop our so called “friends” at the drop of one post we don’t agree with.

You could be in someone’s life and socials one day and teh next if you aren’t appropriately stroking someone else’s ego… You’re gone!

We throw away these connection because they make us look at our inner worlds and challenge us. They aren’t living the lives we think they should live. We disconnect easily with the push of a button.

Not having to gain the lessons of actually speaking with that other person. Having a difficult conversation. We get what we need and then toss people to the side.

We don’t just avoid and de-friend people in social media land but we do it in our daily relationships. We’ve forgotten how to deal with conflict… so we block, avoid, and never get attached.

So what do we do? Social media is here to stay.

And it’s actually a fun and connective world if you allow!

But it’s about noticing how you are interacting online and in-person. Are you wanting to find depth and connection in your world or just get by?

Are you allowing yourself to skim the surface of your relationships and avoid any perceived negative emotions?

Or are you stepping up and facing yourself. Seeing where you need to grow in relationship and where you can continue to find depth with those around you?

Take a look at your world and your connection!

Giving Up Is A Disease 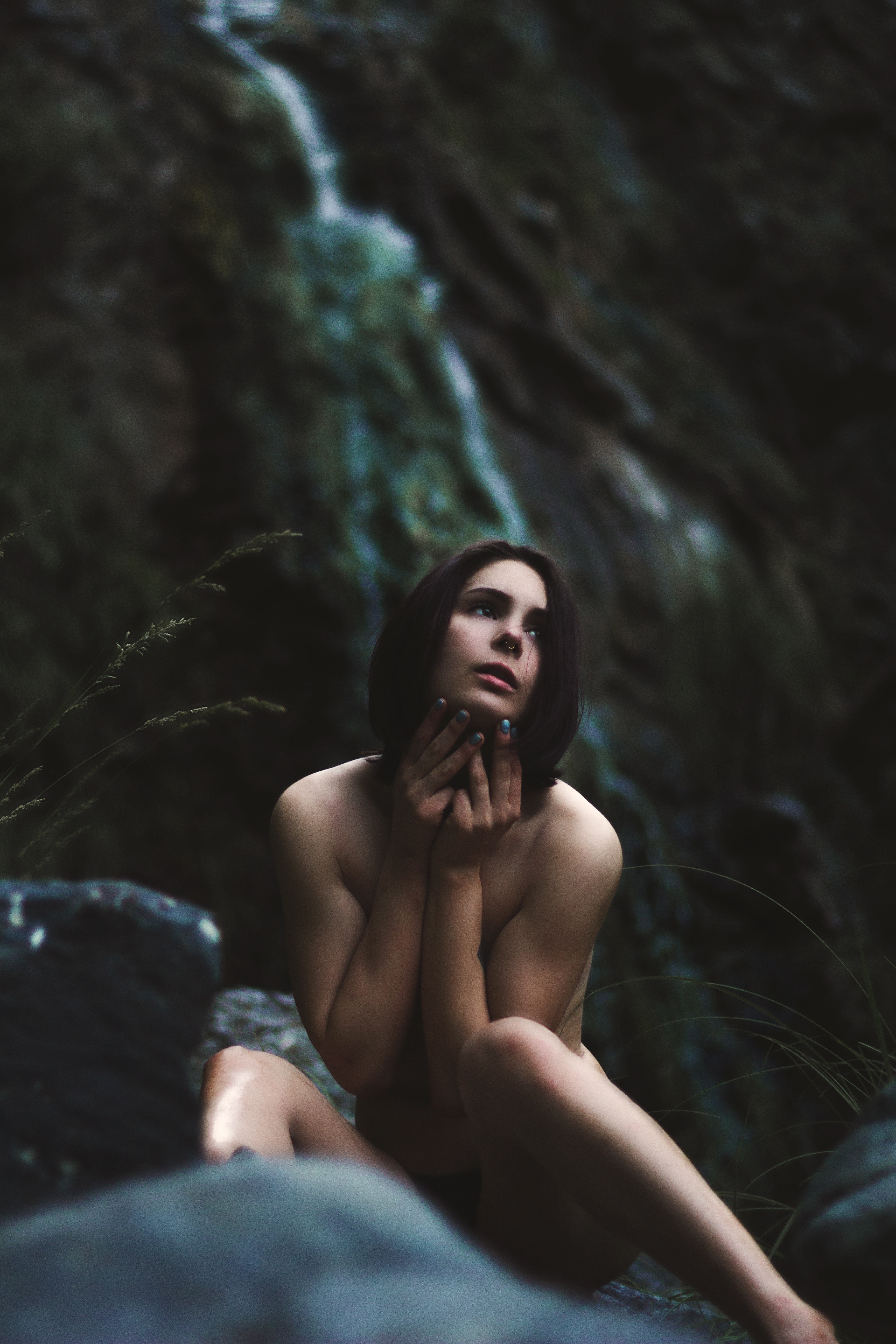 How to Listen To a Woman’s Body