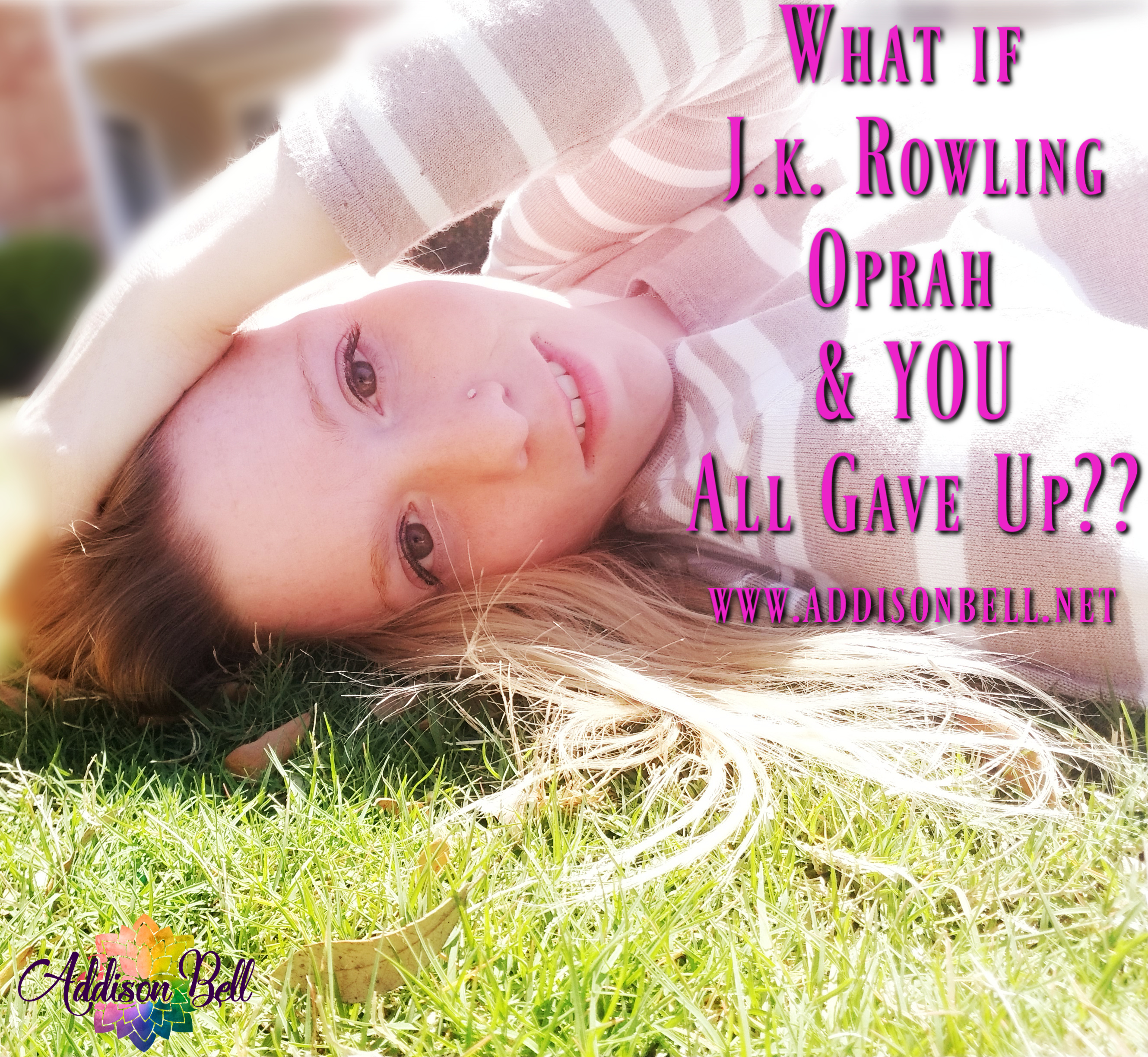 What if J.K. Rowling gave up and listened to all the rejection letters. Never started writing those notes on a napkin about a character named Harry Potter?

The world would be missing out on a series that has given such joy and imagination to people old and young. It would have never inspired so many to pick up a book and go inside to see a world within their own mind!

END_OF_DOCUMENT_TOKEN_TO_BE_REPLACED

I find you the most magnificent thing and love every hair upon your head. I love and adore you at all times. There is nothing that you could ever do that would make me love you any less. Each day I cheer for you as you go out into the world with that amazing heart I have provided to you. You have been given a heart that could change the world but dear one you seem to lose connection with it and thus me. I want you! I want all of you and I desire to ravish and romance you. Though you have to lean in and allow me to ravish you. I am romancing you daily if you would open your eyes and heart to me my love. I have the most amazing plans for you and desire to rain beauty down upon you. I want you to have that life that your heart yearns for and put these desires into your heart for a reason. END_OF_DOCUMENT_TOKEN_TO_BE_REPLACED